Tough weekend for Liam – and all MotoAmerica at Brainerd 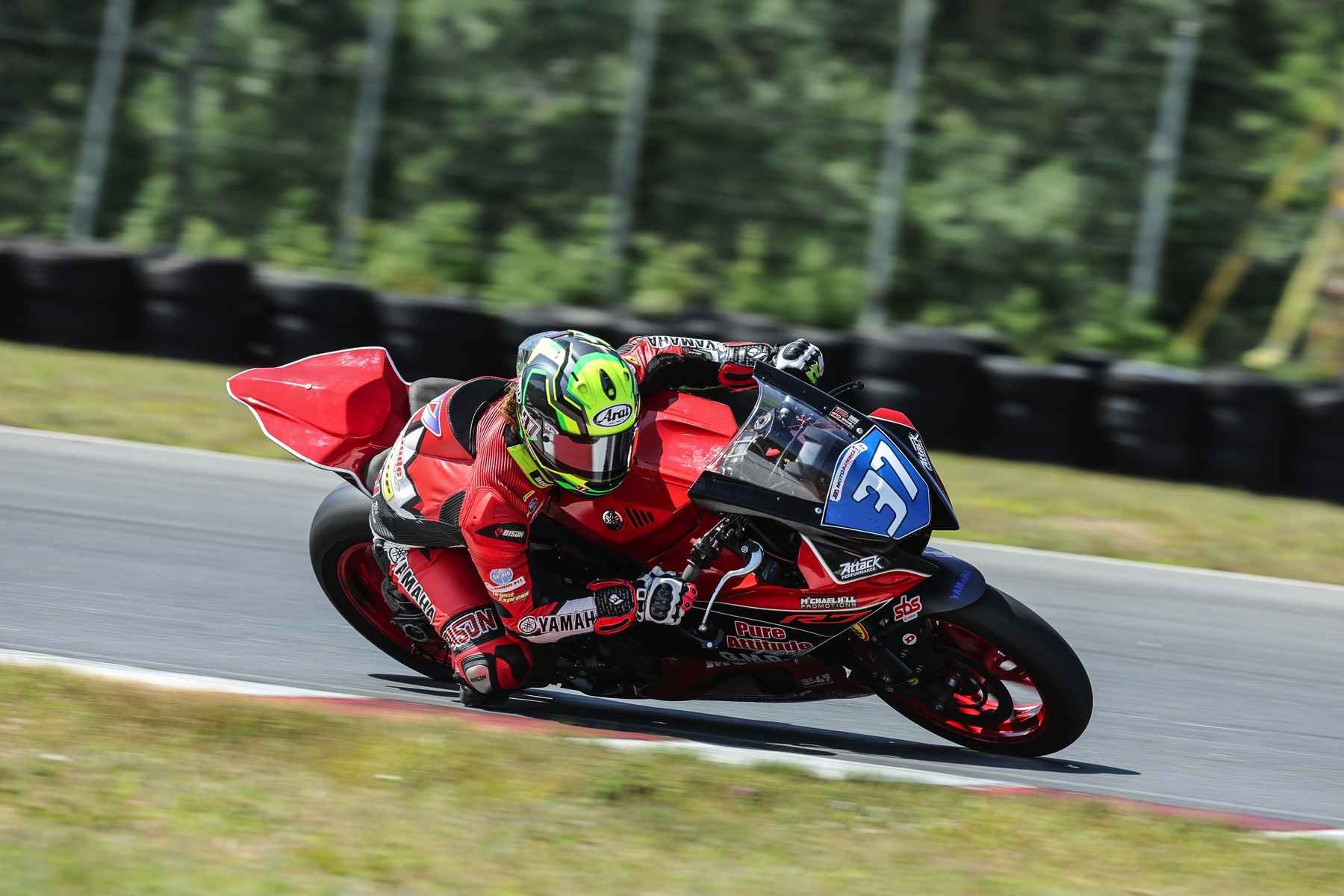 Pure Attitude Racing head to the final three rounds of the MotoAmerica Championship after an emotional and challenging weekend at Brainerd International Raceway in Minnesota.

Looking to build on their successes at The Ridge and Laguna Seca it was an encouraging start to the weekend for team but all thoughts about what happened on track pails into insignificance following the tragic loss of fellow MotoAmerica competitor Scott Briody on Friday afternoon. The entire Pure Attitude team sends its deepest condolences to Scott’s family and friends, his team and the entire MotoAmerica paddock.

On track the team suffered a double DNF in Twins Cup with Liam MacDonald suffering a technical issue moments before lights out and Trevor Standish crashing out of P11 on the final lap. Both riders had shown pace with Liam especially looking as though a top eight challenge was possible.

The team will now regroup ahead of the next event in Pittsburgh in three weeks.

Liam MacDonald:
“Well that didn’t go to plan. The bike had been running as sweet as can be all weekend, no issues at all and then with minutes to go it just stopped. Kent, Dean and Todd have worked their buts off and I am gutted for them as much as me. On the grid after the sighting lap, it just lost power and despite our best efforts we had to pull off. It’s so disappointing after we had finally shown decent pace, but I am staying positive and moving on to the next one with my head held high. After what happened on Friday, nothing else really matters. Rest in Peace Scott.”