Meet me at the Day of Champions 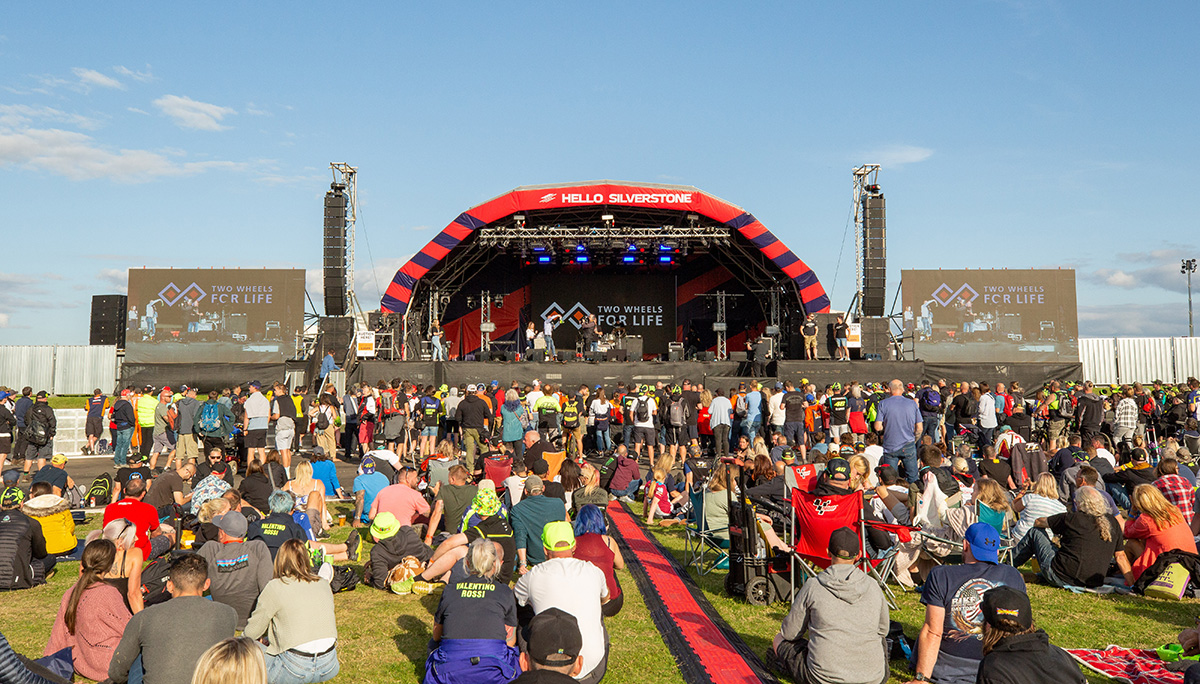 The world-famous Day of Champions charity event on August 4 is back in full force this year to kick off the Monster Energy British MotoGP event at Silverstone, with the legendary auction of MotoGP memorabilia the main attraction again.

Headlining the auction items is the signed chequered flag that brought an end to the final race of nine-times world champion Valentino Rossi’s final MotoGP race at Valencia in 2021. Not only has Rossi signed the flag but also legendary Brazilian footballer Ronaldo who was there as Valentino’s friend to wave the flag on the last race in the Italian’s career. The flag will come with a certificate of authenticity.

Riders from all three MotoGP, Moto2 and Moto3 classes, teams, and manufacturers have added unique items to the auction which will kick off at 3pm and run until 8pm live on the mainstage at Silverstone.

A few highlights of the auction items available include:

All the popular elements of Day of Champions are back after a covid-enforced absence of two years with the 2021 event having to run in a modified format to fall within the restrictions in place at the time. For 2022, everything so loved by racing fans and the supporters of British-based charity Two Wheels for Life will be back.

A ride-in, paddock access, a scheduled pitlane walk, charity auctions, and all the stars of MotoGP taking part will be back to kickstart the 2022 British Grand Prix on the Thursday before the Monster Energy British MotoGP round at Silverstone on August 4.

There are no covid restrictions in place at Silverstone this year.

Other entertaining elements include live music, interviews with the stars of racing and updates from Two Wheels for Life about the work they have done to raise funds for Two Wheels and African charity partner Riders for Health.

Liam MacDonald:
“I am delighted to announce that I will be attending the 2022 Day of Champions at Silverstone ahead of the UK Round of MotoGP. Two Wheels For Life is a charity I support and I am excited to be on the stage on Thursday, to meet the fans and to play a small part in raising money for an amazing cause.”

What is Day of Champions?

Day of Champions is one of the major fundraising events for Two Wheels for Life – the official charity of MotoGP. The event was cancelled in 2020 with the cancellation of the British MotoGP round and was forced to adapt and change in 2021 because of the ongoing pandemic and restrictions in place at the time.

In 2022, a limited number of paddock and pit lane tickets are also available for purchase, giving lucky ticket holders exclusive access to the paddock and a look behind the scenes of MotoGP™ as riders and teams prepare for the MotoGP™ weekend ahead.