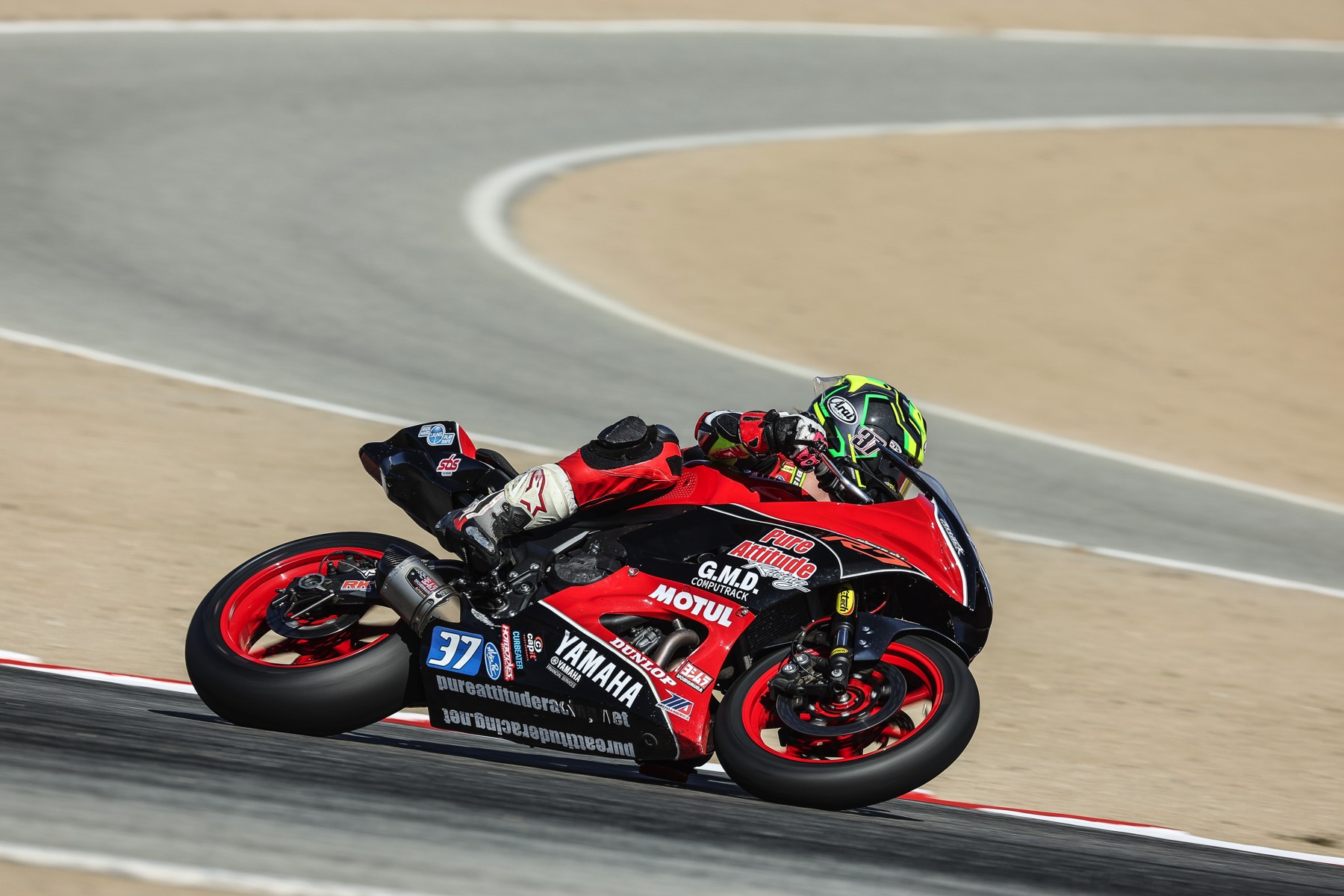 The Pure Attitude Racing team kickstarted the second half of the 2022 MotoAmerica championship at Laguna Seca this past weekend with riders Chase Black, Liam MacDonald, and Trevor Standish once again on track.

After receiving further technical support for the event from Yoshimura, who already supply the team with exhausts, the Twins Cup program was given a real boost as the series entered its second half.

Both Liam and teammate Trevor continued their run of form, the pair qualifying well before contesting for the top ten in the early stages of the Twins Cup race on Saturday. Liam ultimately crossed the line in twelfth.

Liam MacDonald:
“I am a little bit disappointed to miss the top ten but overall, I am happy. I had grip issues towards the end of the race, but I dug deep and was able to score another four championship points. I was involved in a good race with Trevor and a few other guys, and we were closer again to the front. It was great to be back at Laguna Seca and a ton of fun to party with the fans on Saturday night.”