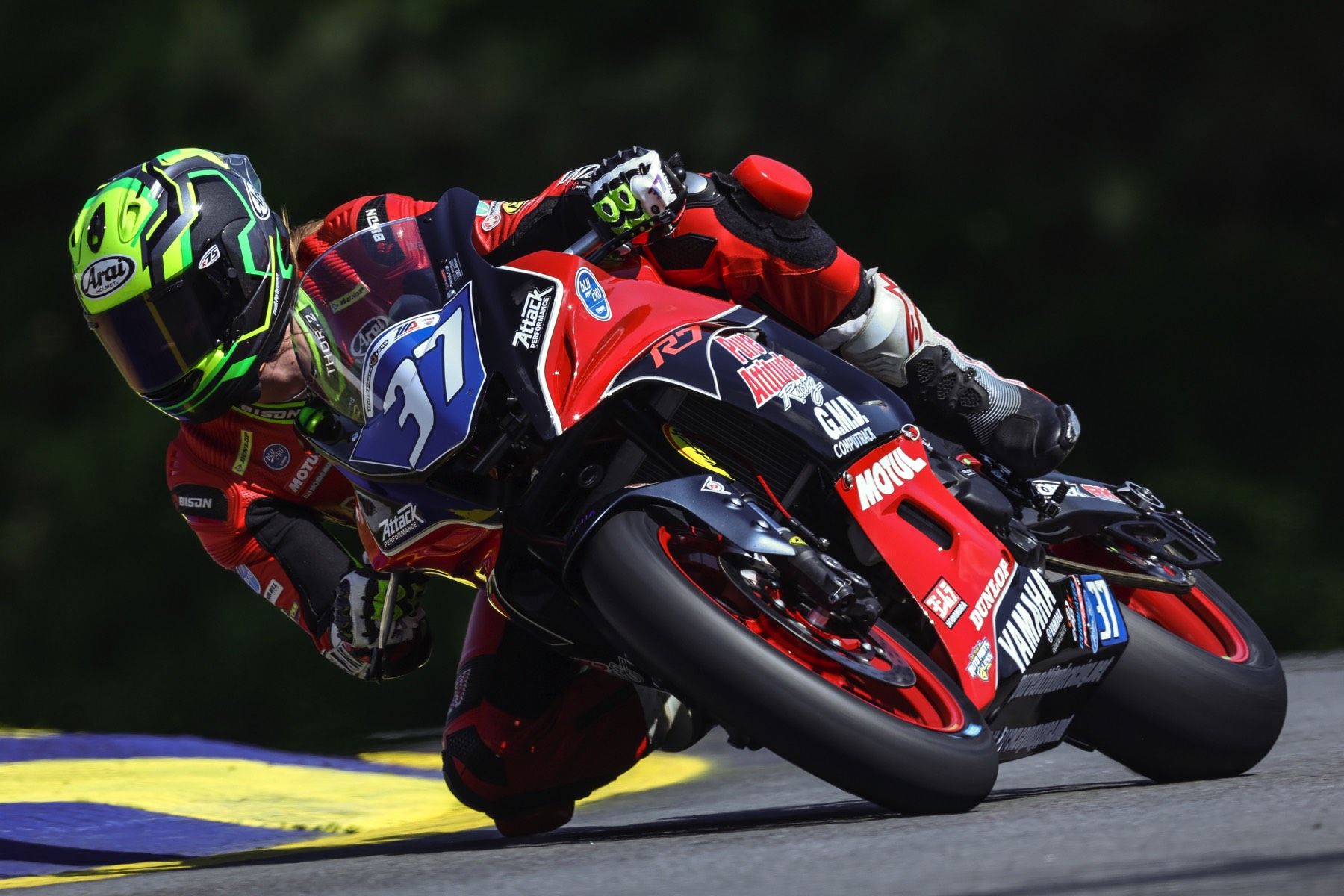 Pure Attitude Racing were back on track this past weekend at Road Atlanta, their home race and all three riders didn’t disappoint.

Point scoring results from all three cemented what was a solid MotoAmerica round for the squad who continue to work through their development program with their new Yamaha R7 machines in the Twins Cup, whilst at the same time welcome in their youngest rider Chase Black.

Twins Cup in 2022 is fierce in terms of competition and after being on the back foot at the season opener in Daytona (due to supply chain issues outside of the team’s control), both Liam and Trevor were able to finally get some seat time with a much more competitive machine underneath them. The target for the pair was consistently improve throughout the weekend, which they did, and to bring home a double points finish for the team, which they also did.

The next round of the MotoAmerica series takes place at VIR where Pure Attitude Racing will bring further upgrades to both of their racing programs and look to put themselves back in the podium mix.

Liam MacDonald:
“I am a little frustrated. The bike is heading in the right direction but off the start I almost hit the back of a guy ahead of me after he had an issue. Once things settled down, I was completely alone and had no draft so was losing a lot on speed. The team did a fantastic job compared to Daytona in terms of the bike’s performance, but we are still lacking a little here and there but overall, I am happy with how the weekend went. I am part of a great team, and we know we have top ten potential, we just have to put all the pieces together. I am looking forward to VIR and to making another step closer to the front.”