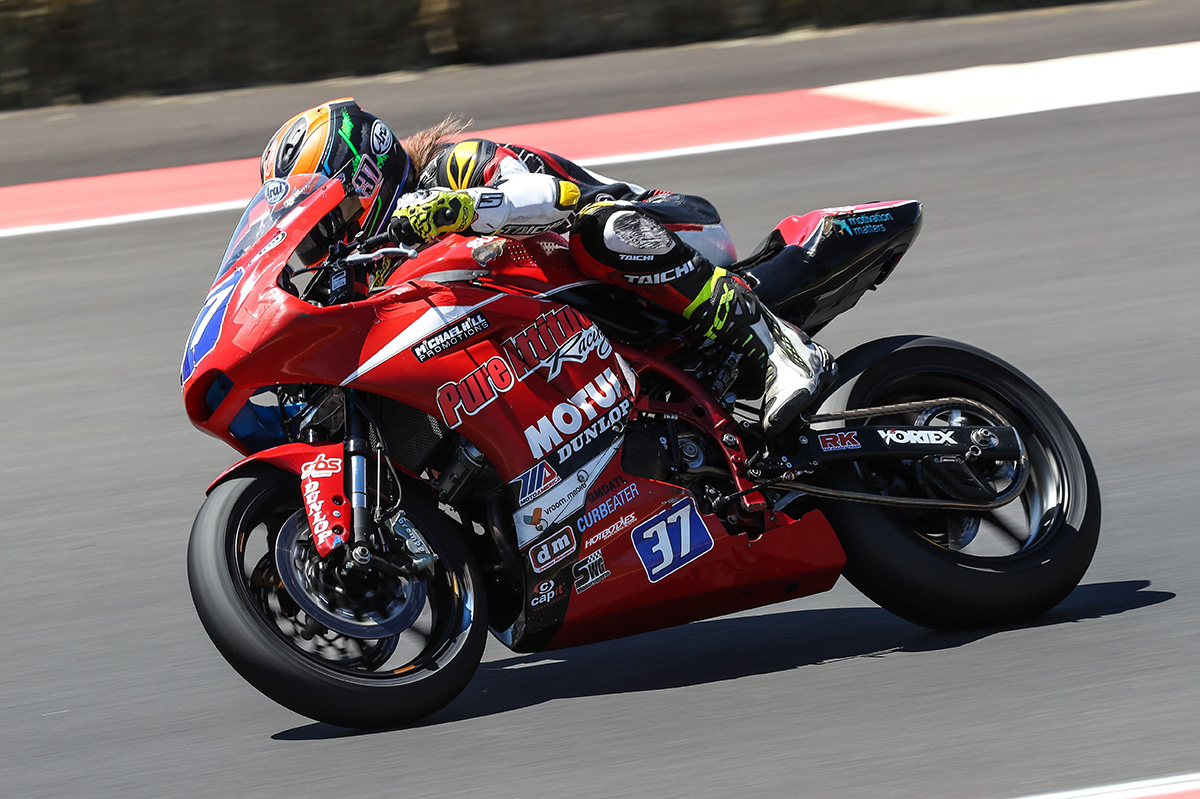 The Pure Attitude Racing team were back in action in the latest round of the MotoAmerica Championship at The Ridge Motorsports Park near Shelton, Washington this past weekend, with once again their riders Austin Miller, Nate Minster (Supersport) and Liam MacDonald (Twins Cup), adding multiple championship points to each of their respective tallies this season.

With double races for each category and with temperatures soaring to 117 degrees on Sunday, the on-track action was intense.

Liam MacDonald, the team’s sole representative in Twins Cup following Trevor Standish’s spill last time out at Road America, once again found himself inside the Top Ten in Race 2, after running close to the Top Six throughout Free Practice earlier in the weekend. Race 1 sadly saw Liam record his first DNF of the season, the Kiwi, struggling to overcome an intermittent gear change issue that the team resolved for Sunday’s second encounter. Despite the obvious frustration, Liam remains ninth overall in the overall standings, well in contention for the Top Six with numerous races remaining.

The team move next to the WeatherTech Raceway at Laguna Seca in California in a fortnight for Round 5 eager to build on their continued successes.

Liam Macdonald:
“We made a good step in the right direction on Sunday, and I was able to run a consistent pace and finish in the Top Ten, which after Saturday’s disappointment was important for my confidence as we move towards the halfway point in the season. I am really looking forward to racing at Laguna in a couple of weeks. It will be interesting and be another new circuit for me. I am looking forward to riding such an iconic track but more importantly am looking forward to continuing to improve the way I ride and to continue to improve my feeling with the bike. I gave it everything today and tried many things during the race which I know will make us stronger next time out. A big thanks to the whole team for working so hard, see you all in California.”