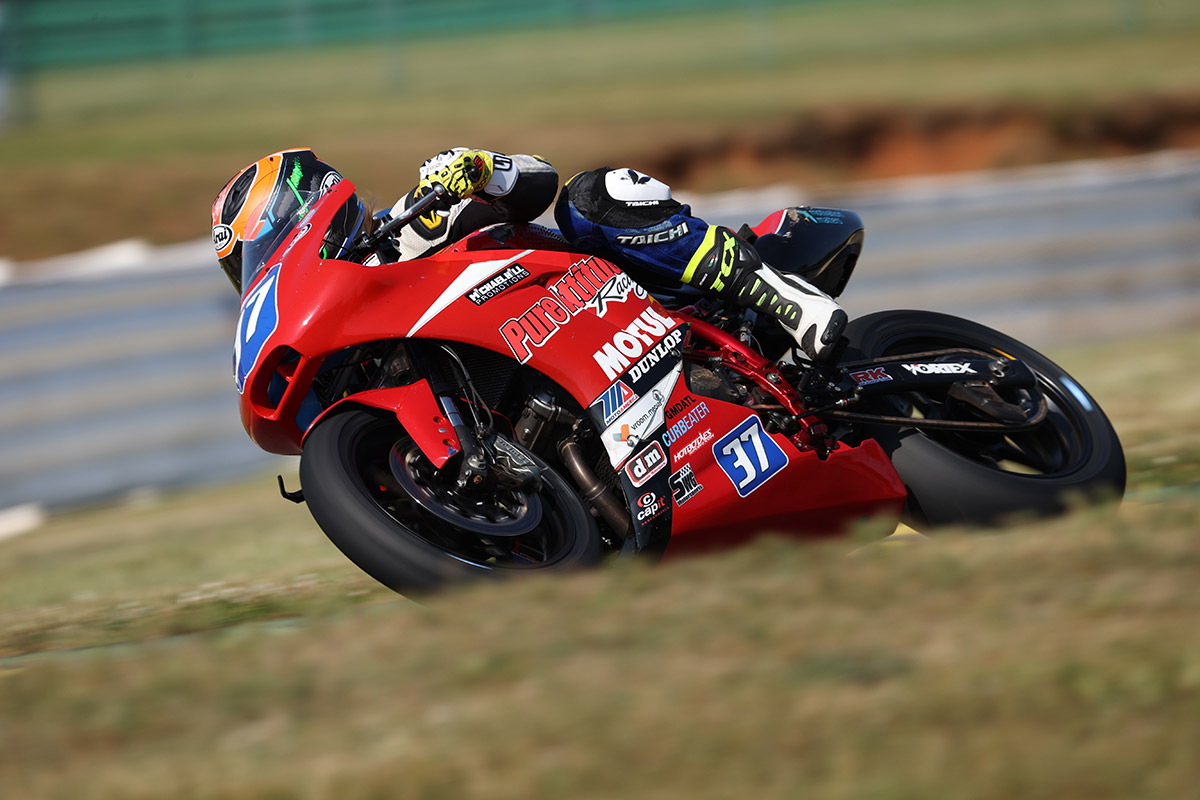 Pure Attitude Racing enjoyed another successful weekend in the latest round of the MotoAmerica championship with all four riders achieving points scoring finishes for the second consecutive event.

Buoyed by their front running pace in the Twins Cup season opener Trevor Standish and Liam MacDonald were once again in the mix, with Liam taking a tenth and ninth place finish to consolidate ninth overall in his debut season of racing in the US.

Liam MacDonald:
“Race 1 went really well. I had a much better feeling and was able to settle into my rhythm more quickly than at Road Atlanta. I was able to lap consistently but it was tough with my arm pumping towards the end. VIR is really physical. I am really proud of my race and of the team for giving me such a great bike, and for rebuilding it after I stepped off in Q1. Mentally it was the best I have ever felt, coming back from a crash, and getting a good result and it’s all down to the team. I couldn’t ask for a better bunch of people to be with. Race 2 went even better. I got a lightning start and was running fifth. I felt really good. I lost the rear and the front on the same lap but saved it and was able to bring it home for my fourth points finish in a row!”