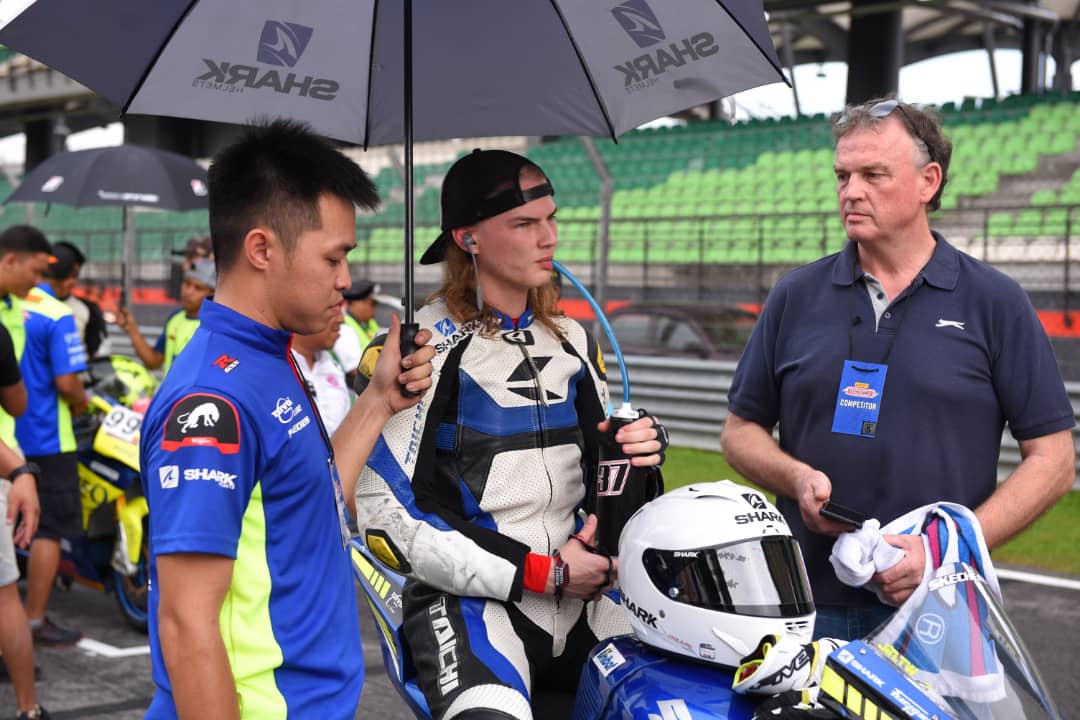 As well as signing a new lubricant partner (Motul), Pure Attitude Racing has an all-new field of riders. One of them is Liam MacDonald, the Kiwi who is twice Malaysian SuperSport Champion. Liam is also the first-ever rider from New Zealand to compete in the MotoAmerica Twins Cup. Before he boards a plane to the States, we caught up with the 21-year-old rider.

Liam, congratulations on joining Pure Attitude Racing. The ink is still fresh on the contract. What happens next?

Everything was very slow for a while and then all of a sudden it kicked up to 11 really quickly. I’ll be shipping to the states on 25th of March. And I’ll just be staying with a friend over there. My first race will be in Atlanta on April 30th.

What’s it like joining a new team? Is it a mix of apprehension and excitement?

Yes, both of those emotions. I’ve never really had a proper full-force team. With the backing Pure Attitude Racing has from Motul, and everyone else coming together, it really feels like a team I have an opportunity with.

Could you tell me a bit more about the Moto America Twins Cup series?

[Laughs], I wish I could. The twins bike is a completely brand new challenge for me. I’ve never even sat on one. I’ve only ever raced on SuperSport 600s or Superbikes one time. I did a couple of club races on a 300 in 2016. As far as I know, the twins are like a slightly swankier 600. I’ve also heard the championship is apparently quite close and all the bikes are very close together. I’m really looking forward to that and proving what I have.

Could you tell us a bit more about the journey to this point? You’re the 2018 Malaysian SuperSport Cup winner.

Yeah, and I won it in 2017 as well. In 2016 I did three races to get my bearings and we noticed that we might actually have a shot at this. We entered the 2017 season and won every race. Obviously, we weren’t going to stop after that. We split from the team after one round, so it was just my dad and me and a few support mechanics. We basically started from scratch with a new bike and managed to get that bike up to speed really quickly. I really want to get back to the top, fighting for podiums and feeling good about what I’m doing. Again, I really feel that Pure Attitude Racing is a good place to do that.

In another first, Pure Attitude Racing and Motul have partnered. Have you any experience of Motul?

It’s my first experience working directly with Motul. I can’t really tell you what lubricants my other bikes have used in the past: everything under the sun. But it’s encouraging seeing the name Motul on your bike. It backs a lot of big series and big teams, and that gives me confidence in its products.

Are there any tracks in the USA that you’re particularly looking forward to riding?

I’m excited and terrified about the prospect of riding Laguna Seca. That track is legendary and every rider you hear interviewed says just shut your eyes and go for it.